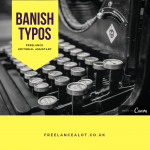 Hyphen (n.): the sign (-) used to join words to indicate that they have a combined meaning or that they are grammatically linked, or to indicate word division at the end of a line.